Anyone across the state and beyond is invited to view the videos of this event and learn  more about Queensland’s success transforming their systems to become more domestic violence-informed.

Write your awesome label here.
We acknowledge the Traditional Owners of this beautiful land to be the Bandjin, Dijiru, Girramay, Gugu Badhun, Gulngay, Jirrbal, Nywaigi, Warrgamay and Warungnu peoples.
Pictured: The Hinchinbrook region in Queensland, Australia

Drag to resize
We are excited to offer the Queensland Safe & Together Model Implementation Summit as a fully virtual experience.

This unique event will be LIVE inside this classroom on September 2-3, 2021.

Attendees will enjoy both keynotes and breakout workshops.
Join us to learn about these and related issues.

Acknowledgment of Country
Lesley Williams is a respected Murri (Aboriginal) Elder. She is best known for instigating the domestic and international Justice for Aboriginal Workers campaign, which led to the Queensland State Government in 2002, delivering a historic reparation package of $55.4 million to all Indigenous workers who had their wages and savings controlled by past governments. In 2003 she was awarded the Centenary Medal for her distinguished services to the Aboriginal and Torres Strait Islander community. Lesley has co-produced and consulted on a number of documentary films including The Ration Shedand For Their Own Good, and co-wrote On The Banks of the Barambah: A History of Cherbourg and Not Just Black and White: a conversation between a mother and daughter. She is also a proud and devoted ‘Nana’ to six grandchildren.

Summit Welcome
Dr Heather Nancarrow is an Adjunct Research Fellow at the Griffith Criminology Institute, Griffith University. For forty years she has worked to address violence against women, including in community services and advocacy, government policy, and research. Heather recently retired from full time work with her most recent role being the inaugural CEO of Australia’s National Research Organisation for Women’s Safety (ANROWS). She was also the foundation Director of the Queensland Centre for Domestic and Family Violence Research at CQ University. Heather has held many leadership roles at the state and national level, including Deputy Chair of the National Council to Reduce Violence against Women and their Children, which produced Time for Action, the blue-print for COAG’s National Plan to Reduce Violence against Women and their Children 2010-2022. Heather has a MA (Hons) and a PhD in Criminology and Criminal Justice. Her scholarship is focused on justice responses to violence against women. Her book, Unintended consequences of domestic violence law: Gendered Aspirations and Racialised Realities was published in 2019. She has also published several book chapters and numerous peer-reviewed articles related to justice for victim/survivors of domestic and family violence.

Celebrating 6 Years of Safe & Together Model Implementation in Queensland
Over six years ago, Brisbane and Mackay QLD hosted the first Safe & Together Institute trainings in Australia. Since then, Queensland has become an international leader in domestic violence-informed practice change. In this keynote, David Mandel will talk about key highlights of those efforts, their implications for families and systems change, and the future of practice change in Queensland and beyond.

The Ripple Effect: practitioners, managers and researchers changing DFV practice through the Safe & Together Model
Cathy Humphreys is Professor of Social Work at University of Melbourne. She specialises in applied research. Four projects in the past 5 years have worked with the Safe & Together Institute using practice-led, action research through facilitated multi-stakeholder workshops and Communities of Practice. This approach reflects a profound interest in knowledge translation to ensure the support of practice through research. Her research focuses on DFV and child abuse. She has a long-term interest in the intersection of DFV with other complexities including mental health and AOD. Professor Humphreys is a well published author of more than 125 journal articles. She worked at the University of Warwick for 12 years leading a domestic violence and child abuse research centre before returning to Australia in 2006. For 15 years she worked as a social worker.

Address from Minister
Leanne Linard is the Queensland Member of Parliament for Nudgee on Brisbane's northside, and is the Minister for Children and Youth Justice and Minister for Multicultural Affairs. She has lived in the Nudgee Electorate for most of her life and, along with her husband Ian, is raising her two young boys in Nudgee. As the daughter of a RAAF pilot and engineer, Leanne spent her early years growing up in a Defence Force family and learned the values of community service. Leanne has previously held community roles, including Co-Chair and Patron of Upbeat Arts, was a member of the Australian Catholic University Brisbane Community Chapter, and was a former board member with Bravehearts, Brisbane Roar FC and Nundah Activity Centre. She was first elected as the Member for Nudgee in 2015, was re-elected in 2017 and again in 2020. Prior to being appointed Minister for Children, Youth Justice and Multicultural Affairs in November 2020, Leanne served as Parliamentary Chair of several portfolio committees between 2015 and 2020, including child safety. Prior to entering Parliament, Leanne worked as the Executive Officer of a Commonwealth Statutory Authority, as a policy advisor in the Queensland Government, and as a private sector manager. She holds a Bachelor of Business from Queensland University of Technology, and a Certificate IV in Workplace Assessment and Training.

“Safe and Together” – a perpetrator pattern based framework that offers transformational learning to improve practice and responses to Child Sexual Exploitation
Emma Rees is an early career researcher and an experienced child protection, social work practitioner currently undertaking a PhD with QUT’s School of Public Health and Social Work. Emma’s critical reflective practice in social work has enabled her to embrace research as a means of improving social work practice. Emma’s current research interests centre upon expanding the knowledge base in relation to Child Sexual Exploitation in Queensland using feminist, qualitative methods to undertake an analysis of the needs of a particular service user group to plan for improved service delivery. 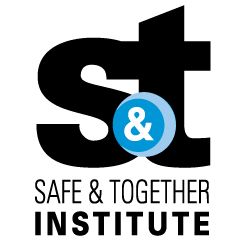